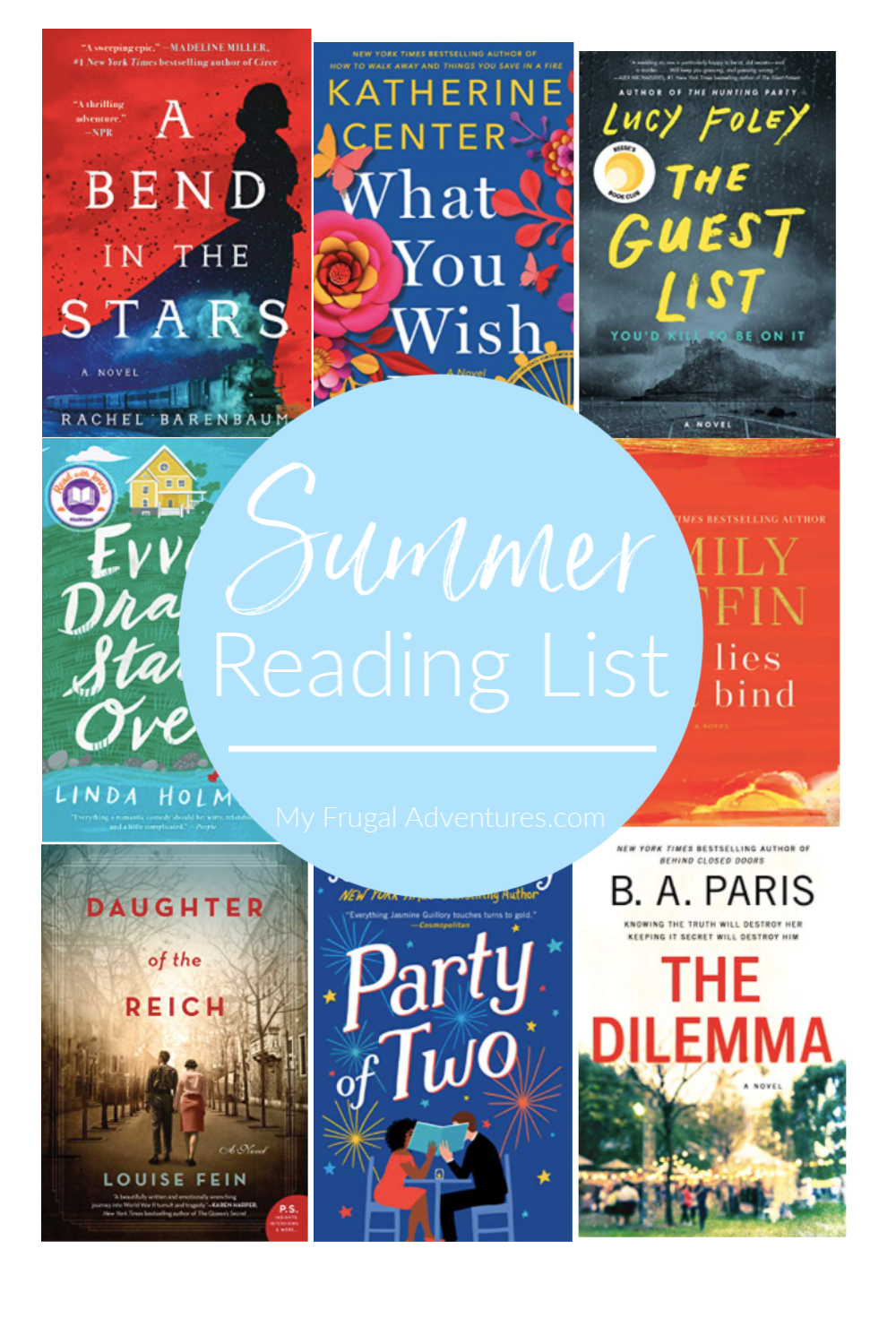 Since lots of us will be spending summer at home this year, I wanted to put together some reading recommendations for lounging by the pool or quiet weekends at home.  Since our sports have basically been cancelled, it has given up a significant amount of free time these days.

Here are a handful of books that looked compelling to me- hopefully you find some that catch your eye. 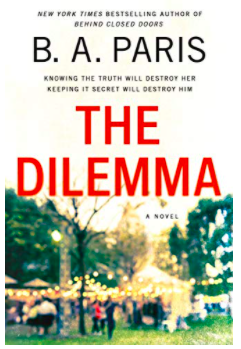 The Dilemma by BA Paris

This is a great one for those that like suspense and not-too scary drama/thrillers. I have enjoyed B.A. Paris books in the past- Behind Closed Doors

– was a favorite.  This is the story of a husband and wife, celebrating her 40th birthday with a huge party.  Each of them is hiding a big secret centered around their daughter, who is making a surprise visit home for the party.

I read some reviews that people were disappointed this was not as much of a thriller as prior books but many seem to say it was hard to put down. 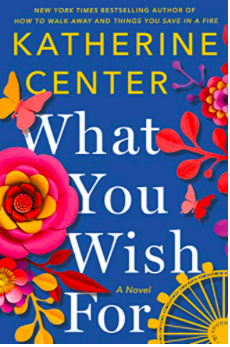 What to Wish For by Katherine Center

And Sam knows it. Because she knew him before—at another school, in a different life. Back then, she loved him—but she was invisible. To him. To everyone. Even to herself. She escaped to a new school, a new job, a new chance at living. But when Duncan, of all people, gets hired as the new principal there, it feels like the best thing that could possibly happen to the school—and the worst thing that could possibly happen to Sam. Until the opposite turns out to be true. The lovable Duncan she’d known is now a suit-and-tie wearing, rule-enforcing tough guy so hell-bent on protecting the school that he’s willing to destroy it.” 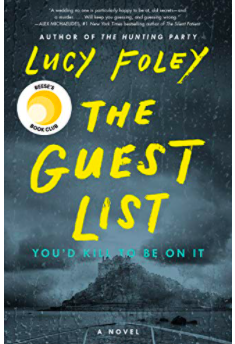 “On an island off the coast of Ireland, guests gather to celebrate two people joining their lives together as one. The groom: handsome and charming, a rising television star. The bride: smart and ambitious, a magazine publisher. It’s a wedding for a magazine, or for a celebrity: the designer dress, the remote location, the luxe party favors, the boutique whiskey. The cell phone service may be spotty and the waves may be rough, but every detail has been expertly planned and will be expertly executed.

But perfection is for plans, and people are all too human. As the champagne is popped and the festivities begin, resentments and petty jealousies begin to mingle with the reminiscences and well wishes. The groomsmen begin the drinking game from their school days. The bridesmaid not-so-accidentally ruins her dress. The bride’s oldest (male) friend gives an uncomfortably caring toast.

And then someone turns up dead. Who didn’t wish the happy couple well? And perhaps more important, why?” 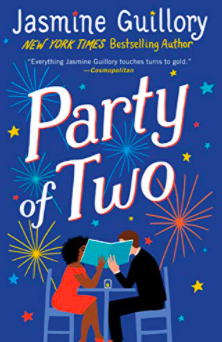 Party of Two by Jasmine Guillory

This sounds like a really cute novel about Olivia, an up and coming young attorney in Los Angeles.  When she meets Max, junior Senator, she goes against her instincts to stay away and finds herself falling in love.  Once the relationship goes public, Olivia finds herself in the midst of intense media scrutiny and has to decide if Max is worth it.

This sounds really cute and sweet and is hopefully a novel that will be perfect for socially distanced beach trips. 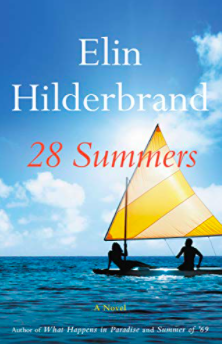 This is a classic beach read that tells the story of Jake and Mallory starting in the summer of 1993.  Mallory inherits a home in Nantucket and starts an affair with Jake that will last for 28 years.  This is a classic love triangle that is thrown a wrench when Mallory is diagnosed with a serious illness at the same time Jake’s wife has skyrocketed in politics.

Overall the reviews on this are excellent, that it is a page turner, easy to read with likable characters.  I know some of you absolutely can’t stand books that center around infidelity, if that is the case I’d skip this one. 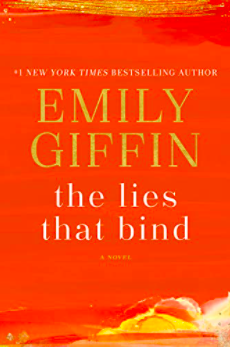 The Lies that Bind by Emily Giffin

I have read every single book Emily Giffin has written and enjoyed them all immensely.  She is one of the handful of authors that I automatically pick up the latest from without even reading the reviews or description because I know I will love it.

This is the story of Cecily and Grant, an unlikely couple that found each other in 2001 during a difficult time in their lives and fall in love.  When Grant rushes in to the Twin Towers on 9/11, he never emerges out.  Cecily discovers a missing persons poster and discovers she was not the only woman in Grant’s life, and sets out to uncover the truth behind the man she loved.

This is the perfect book to take to the pool this year or to read in your backyard stay-cations. 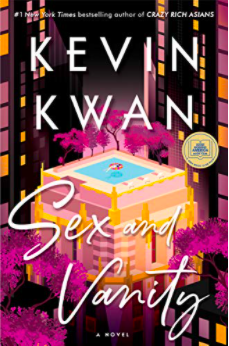 Sex and Vanity by Kevin Kwan

Most of you probably read Crazy Rich Asians and China Rich Girlfriend and enjoyed it as much as I did. This is a follow up that features Lucie, a wealthy New Yorker torn between her mother’s Asian-American heritage and her father’s blue blooded heritage.  When Lucie meets George Zao, she fights against her feelings for him and is set to marry a man that fits in with her circle. This is a peek into the ultra wealthy and Kevin Kwan is always a bit playful and a bit catty in his novels.  The reviews seem really mixed on this one but considering how much I enjoyed his prior novels, I am definitely going to pick this up. 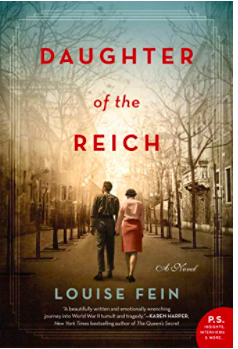 Daughter of the Reich by Louise Fein

This is the story of Hetty, the dutiful daughter of a high ranking Nazi official.  When an old Jewish friend, Walter, comes back into her life she is torn between her family, everything she knows and her secret love affair with Walter.

I can’t wait to read this one. 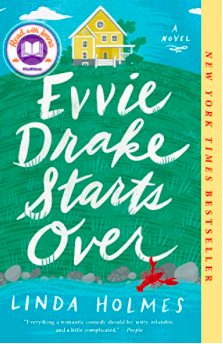 This one sounds really cute and easy.

“In a sleepy seaside town in Maine, recently widowed Eveleth “Evvie” Drake rarely leaves her large, painfully empty house nearly a year after her husband’s death in a car crash. Everyone in town, even her best friend, Andy, thinks grief keeps her locked inside, and Evvie doesn’t correct them.

Meanwhile, in New York City, Dean Tenney, former Major League pitcher and Andy’s childhood best friend, is wrestling with what miserable athletes living out their worst nightmares call the “yips”: he can’t throw straight anymore, and, even worse, he can’t figure out why. As the media storm heats up, an invitation from Andy to stay in Maine seems like the perfect chance to hit the reset button on Dean’s future.

When he moves into an apartment at the back of Evvie’s house, the two make a deal: Dean won’t ask about Evvie’s late husband, and Evvie won’t ask about Dean’s baseball career. Rules, though, have a funny way of being broken—and what starts as an unexpected friendship soon turns into something more. To move forward, Evvie and Dean will have to reckon with their pasts—the friendships they’ve damaged, the secrets they’ve kept—but in life, as in baseball, there’s always a chance—up until the last out.” 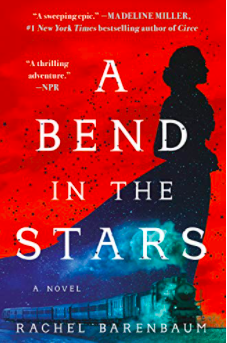 A Bend in the Stars by Rachel Barenbaum

“In Russia, in the summer of 1914, as war with Germany looms and the Czar’s army tightens its grip on the local Jewish community, Miri Abramov and her brilliant physicist brother, Vanya, are facing an impossible decision. Since their parents drowned fleeing to America, Miri and Vanya have been raised by their babushka, a famous matchmaker who has taught them to protect themselves at all costs: to fight, to kill if necessary, and always to have an escape plan. But now, with fierce, headstrong Miri on the verge of becoming one of Russia’s only female surgeons, and Vanya hoping to solve the final puzzles of Einstein’s elusive theory of relativity, can they bear to leave the homeland that has given them so much?
Before they have time to make their choice, war is declared and Vanya goes missing, along with Miri’s fiancé. Miri braves the firing squad to go looking for them both. As the eclipse that will change history darkens skies across Russia, not only the safety of Miri’s own family but the future of science itself hangs in the balance.
Grounded in real history — and inspired by the solar eclipse of 1914 — A Bend in the Stars offers a heart-stopping account of modern science’s greatest race amidst the chaos of World War I, and a love story as epic as the railways crossing Russia.”

And I wanted to include some non-fiction options for self improvement that might interest some of you as well: 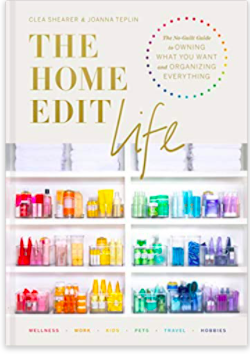 The Home Edit Life by Clea Shearer and Joanna Teplin

The Home Edit is such a beautiful brand that focuses on organizing, taming and most importantly color coding everything in your life.  This is the second book from them that moved beyond organizing the basic spaces like pantry and linen closets to organizing apps on your phone and packing a perfect suitcase.

I love Joanna and Clea and I am always inspired by their beautiful spaces. 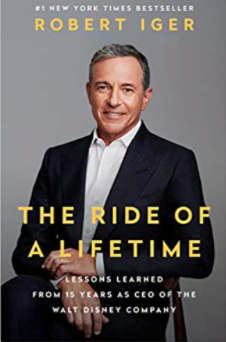 The Ride of a Lifetime by Robert Iger

I know not everyone is interested in business related books but I have heard such great things about this one and now Bob Iger is playing a big role in reopening California’s economy so it made me a little interested in him.  The book covers his candid insights on handling some major crises as the head of Disney and lays out the lessons he learned.

This would be a great book for college grads or entrepreneurs or anyone that finds themselves in a position of leadership. 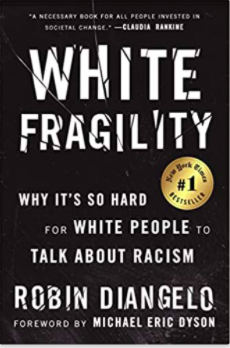 If you’d like to read more to educate yourself after the Black Lives Matter protests, I’ve heard great things about this book.

“In this “vital, necessary, and beautiful book” (Michael Eric Dyson), antiracist educator Robin DiAngelo deftly illuminates the phenomenon of white fragility and “allows us to understand racism as a practice not restricted to ‘bad people’ (Claudia Rankine). Referring to the defensive moves that white people make when challenged racially, white fragility is characterized by emotions such as anger, fear, and guilt, and by behaviors including argumentation and silence. These behaviors, in turn, function to reinstate white racial equilibrium and prevent any meaningful cross-racial dialogue. In this in-depth exploration, DiAngelo examines how white fragility develops, how it protects racial inequality, and what we can do to engage more constructively.”

And if you need more reading recommendations, here are two prior lists you may have missed: 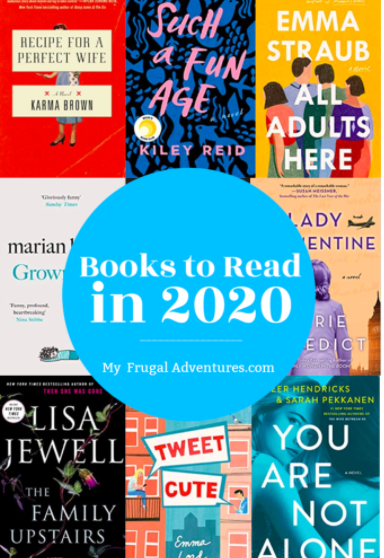 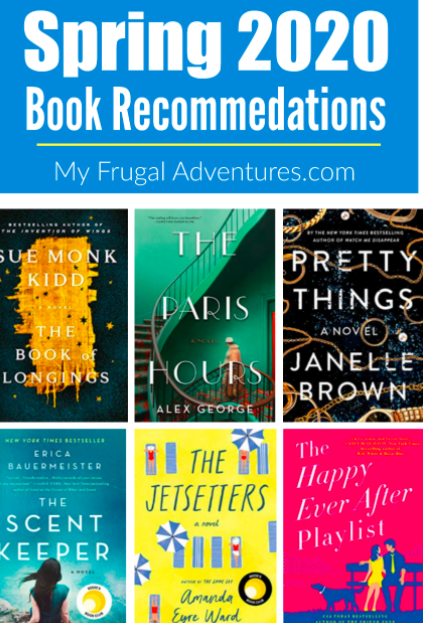