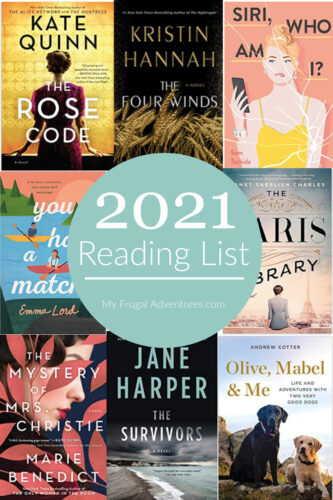 Happy New Year my friends!  Hopefully you had a great holiday.  I thought I would put together a reading list of some books I have on my list.  Most of these are new releases and a few are to come in February. 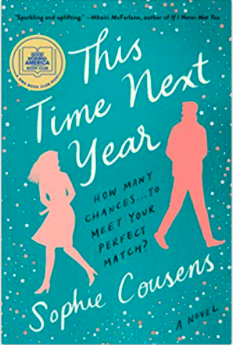 This Time Next Year by Sophie Cousens

I wanted to start with a light and fun read because well. I think we can all use a lot more light and fun this year. This is the story of Quinn and Minnie, born on New Year’s Day at the same hospital, with Quinn minutes earlier winning a cash prize the day he was born. The charmed life seems to follow Quinn, while Minnie continues to be down on her luck. When the two bump into each other on their 30th birthday, we have to see if Minnie’s luck changes.

The War Widow by Billie Walker

This is the story of a young Australian woman that survived WWII and reopened her father’s private investigation business.  She is soon handling lots of cases for the women of Sydney that leads her into the dark underbelly of society.  This will be the first in a series of novels. 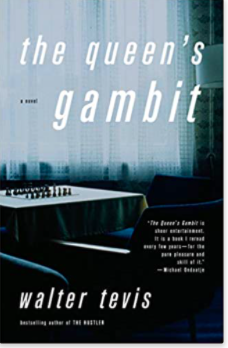 The Queens Gambit by Walter Tevis

Did you watch this series?  I was surprised at how good it was.  This is the story of Beth Harmon, an unremarkable orphan that becomes a chess genius.  The reviews on this book are excellent and I thought the tv series was a little bit of a downer but the reviews say the boom is actually quite uplifting.  The author shopped this book around for decades and was told no after no because studios thought the subject of chess was too boring.   And now 36 years after his death, it has been made into a wildly popular miniseries. 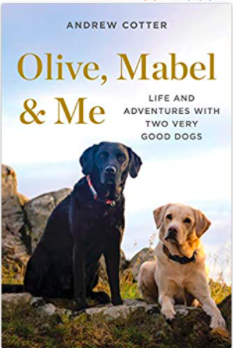 Olive Mabel and Me by Andrew Cotter

Do you follow Andrew Cotter on Instagram?  He is incredibly witty and has the loveliest accent.  Andrew Cotter is a sports commentator and when sports shut down for Covid last year, he started doing commentary on his dogs- Olive and Mabel and posting to social media.  The videos are hilarious and have gone viral over and over again.  He wrote a memoir telling the story of the three of them and their adventures in his native Scotland.  A perfect uplifting book for dog lovers. 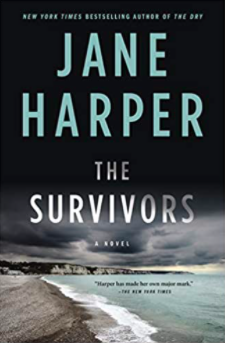 The Survivors by Jane Harper

This is the story of Kieran, who survived the worst storm to hit his Australian town in decades.  His brother, Finn was not so lucky and was found mysteriously dead after the storm.  Kieran lives with the guilt for years and finally returns home to help his parents move.  He is barely home 24 hours when another body washes up on the beach, secrets are uncovered and Kieran learns the truth behind Finn’s death. 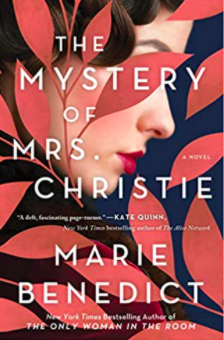 The Mystery of Mrs Christie by Marie Benedict

I have read several of Marie Benedict’s books and I always enjoy them.  They are fictional accounts of historical women- this is the story of Agatha Christie and 11 mysterious days in her life when she completely disappeared.  She eventually returned claiming amnesia.  The mystery was never solved and this book explores the investigation into her disappearance, the early years of her life and explores the mystery of the 11 days. 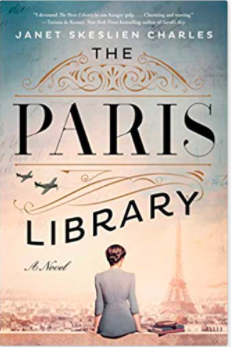 Odile is a young American living in Paris with her dream job of working at the American Library in Paris. When World War II begins, she and the other librarians find themselves joining the resistance.  Decades later, a young girl in Montana develops an interest in her solitary next door neighbor.  She slowly uncovers the remarkable secrets the woman holds.  The neighbor helps guide the young girl through some important life decisions and they discover they have more in common than they thought.

I can’t wait to read this one! 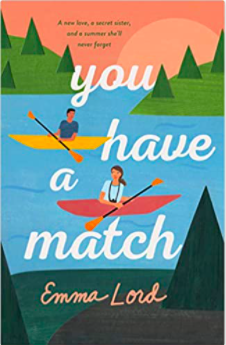 You Have a Match by Emma Lord

This is a fun novel and quick read about a young woman trying hard to get the attention of her crush and signing up for a DNA service.  The DNA service discovers she has a long lost, little sister that is a popular social media influencer that seems to have it all.

The two women hide away at a summer camp to get to know each other and discover the truth about what happened when they were children.  This is technically teen fiction (young adult) but if you want something light but still clever, I have enjoyed Emma Lord’s books in the past. 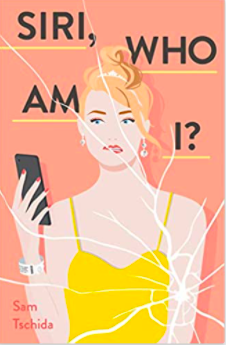 Siri Who Am I by Sam Tschida

This is another light hearted book if you just want to escape for a bit.  It is the story of Mia, a beautiful millennial that finds herself in the hospital with amnesia one day.  Using her social media and Siri, she is able to piece together her seemingly perfect life.  The more Mia gets to the bottom of who she really is, the more she realizes looks can be deceiving and maybe the head wound that sent her to the hospital wasn’t an accident after all. 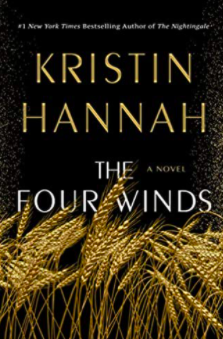 The Four Winds by Kristin Hannah

I am sure lots of you are looking forward to Kristin Hannah’s new novel and this one sounds fantastic.  It is set in 1934 Texas during the Dust Bowl.  The people of the Great Plains are forced to make a decision- fight to save their land or head West for the promise of a better future.  I have a Grandpa that moved West from Oklahoma during the Dust Bowl and I have to confess I don’t know a lot about this era.  I can’t wait to pick this one up. 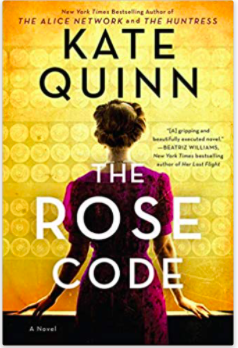 The Rose Code by Kate Quinn

This is another one I am excited to read. It is the story of three women of Bletchley Park, top secret British code breakers during WWII. Each uses their brilliant mind to help the Allies win the war.  Years later, they reunite and have one last mystery to solve together to find the identity of a traitor that changed their lives forever.