Goodness Spring has just flown past and we are elbow deep into summer planning. If you are getting ready for your summer vacations as well, I have a great list of summer book recs for you. 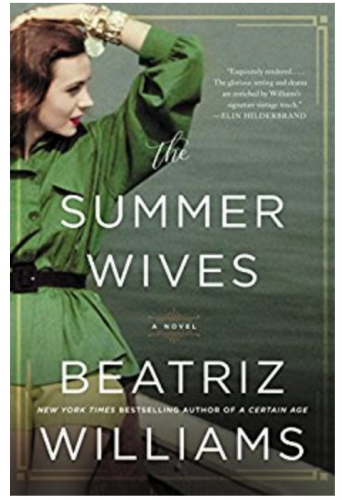 This book is from a terrific author and will be released July 10th. Summer Wives is set in 1951 on a small island off the New England coast. A young girl is introduced to the elite and high society of the island after her mother marries a wealthy man.

She is thrown into a world with the summer families with their steadfast ways and quiet obsessions, and the working class of Portuguese fishermen and domestic workers who earn their living on the water and in the laundries of the summer houses. Uneasy among Isobel’s privileged friends, Miranda finds herself drawn to Joseph Vargas, whose father keeps the lighthouse with his mysterious wife. In summer, Joseph helps his father in the lobster boats, but in the autumn he returns to Brown University, where he’s determined to make something of himself. Since childhood, Joseph’s enjoyed an intense, complex friendship with Isobel Fisher, and as the summer winds to its end, Miranda’s caught in a catastrophe that will shatter Winthrop’s hard-won tranquility and banish Miranda from the island for nearly two decades. 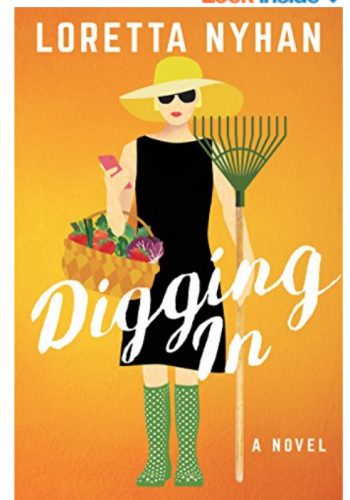 Digging In by Loretta Nyhan

I am almost finished with this book and enjoyed it. It is the story of Paige, a mother and recent widower. Bereft and lost, Paige begins digging in her backyard ultimately creating a huge garden. As she digs, she starts to piece her life back together bit by bit.

This one is a light, easy read with characters that you really root for. 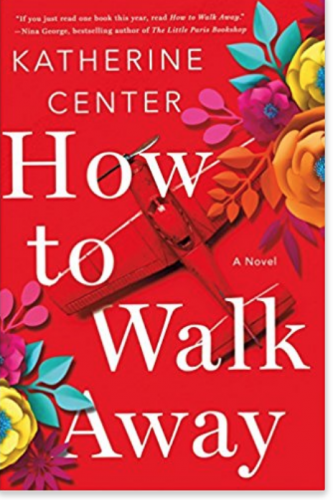 How to Walk Away by Katherine Center

This one is next up on my reading list after meeting this author at a recent conference.  The author was warm and friendly and I heard rave reviews from several people that had already finished her book.

Here is the quick summary:

Margaret Jacobsen is just about to step into the bright future she’s worked for so hard and so long: a new dream job, a fiancé she adores, and the promise of a picture-perfect life just around the corner. Then, suddenly, on what should have been one of the happiest days of her life, everything she worked for is taken away in a brief, tumultuous moment.

In the hospital and forced to face the possibility that nothing will ever be the same again, Maggie must confront the unthinkable. First there is her fiancé, Chip, who wallows in self-pity while simultaneously expecting to be forgiven. Then, there’s her sister Kit, who shows up after pulling a three-year vanishing act. Finally, there’s Ian, her physical therapist, the one the nurses said was too tough for her. Ian, who won’t let her give in to her pity, and who sees her like no one has seen her before. Sometimes the last thing you want is the one thing you need. Sometimes we all need someone to catch us when we fall. And sometimes love can find us in the least likely place we would ever expect. 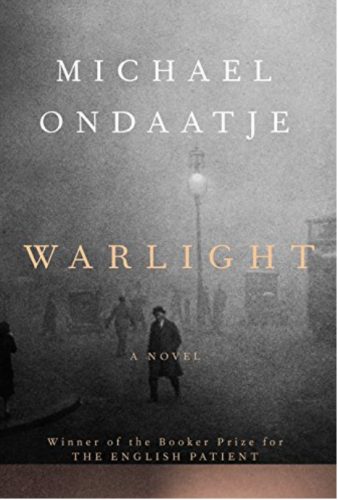 I had to include one heavier book in my favorite genre- historical fiction from WWII era.

In a narrative as beguiling and mysterious as memory itself–shadowed and luminous at once–we read the story of fourteen-year-old Nathaniel, and his older sister, Rachel. In 1945, just after World War II, they stay behind in London when their parents move to Singapore, leaving them in the care of a mysterious figure named The Moth. They suspect he might be a criminal, and they grow both more convinced and less concerned as they come to know his eccentric crew of friends: men and women joined by a shared history of unspecified service during the war, all of whom seem, in some way, determined now to protect, and educate (in rather unusual ways) Rachel and Nathaniel. But are they really what and who they claim to be? And what does it mean when the siblings’ mother returns after months of silence without their father, explaining nothing, excusing nothing? A dozen years later, Nathaniel begins to uncover all that he didn’t know and understand in that time. 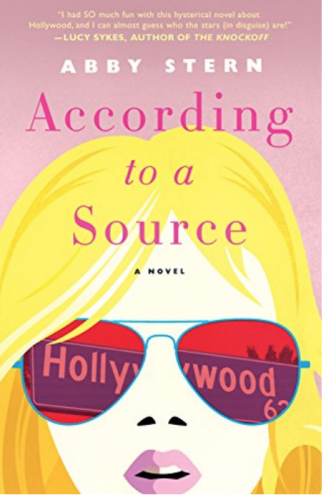 According to a Source by Abby Stern

This sounds like a fun book that would be perfect for my the pool.

Ella Warren loves her job working for celebrity news magazine, The Life, as an undercover reporter. Her evenings are spent using her alias to discreetly attend red carpet events, nightclubs, and Hollywood hotspots like the fabulous Chateau Marmont, where her eyes are always peeled for the next big celebrity story.

When Ella’s new Devil Wears Prada-type boss starts a not-so-friendly competition among the reporters to find an exclusive story or be fired, the stakes are higher than ever. But is being in Hollywood’s elite inner circle worth jeopardizing her friendship with budding actress Holiday Hall and her relationships with her boyfriend and her family? As the competition grows fiercer, her life becomes intertwined in a public scandal that may cost her everything.

A juicy, big-hearted novel about a young woman who loses herself in a fast-paced, glamorous world where finding your authentic self isn’t easy. 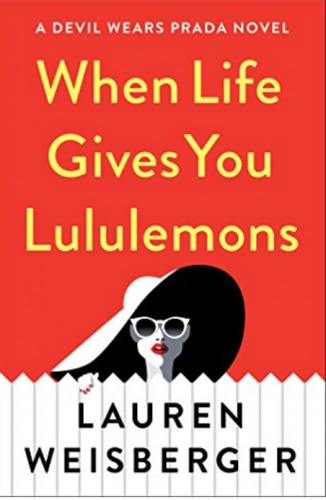 When Life Gives You Lululemons by Lauren Weisberger

This is the third book in the Devil Wears Prada series.  The first book was the best but I absolutely love the characters of Andi and Emily and the second novel, Revenge Wears Prada

, had some interesting twists so I will be picking this one up for sure.

Welcome to Greenwich, Connecticut, where the lawns and the women are perfectly manicured, the Tito’s and sodas are extra strong, and everyone has something to say about the infamous new neighbor.

Let’s be clear: Emily Charlton does not do the suburbs. After leaving Miranda Priestly, she’s been working in Hollywood as an image consultant to the stars, but recently, Emily’s lost a few clients. She’s hopeless with social media. The new guard is nipping at her heels. She needs a big opportunity, and she needs it now.

When Karolina Hartwell, a gorgeous former supermodel, is arrested for a DUI, her fall from grace is merciless. Her senator-husband leaves her, her Beltway friends disappear, and the tabloids pounce.

In Karolina, Emily finds her comeback opportunity. But she quickly learns Greenwich is a world apart and that this comeback needs a team approach.

So it is that Emily, the scorned Karolina, and their mutual friend Miriam, a powerful attorney turned stay-at-home suburban mom, band together to not only navigate the social land mines of suburban Greenwich but win back the hearts of the American public. Along the way, an indispensable ally emerges in one Miranda Priestly.

I hope you pick up a few of these books this summer.  They are all on my reading list. 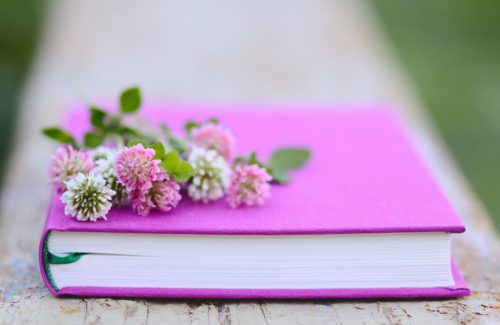 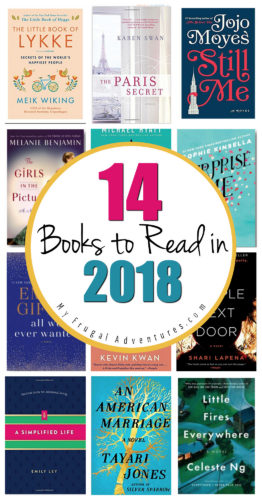