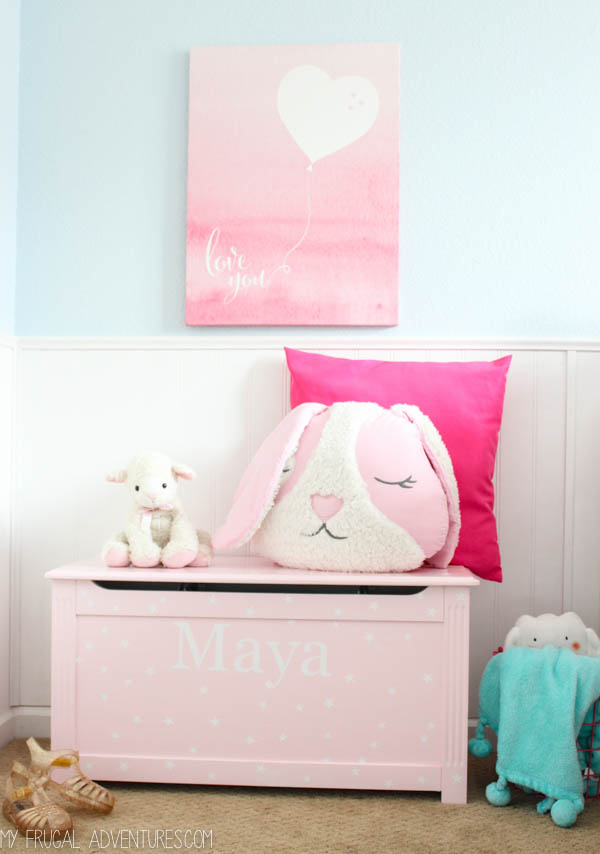 I am in the process of redoing my little girl’s bedroom.  We are slowly making it a really sweet and calming bedroom that is still bright and cheerful and fun for her to spend time in.

One of the projects I wanted to tackle was a little update to her toy box.  This toy box is several years old and is just a plain white box.  Completely functional and practical but I wanted to jazz it up just a little bit.

When I saw this adorable toy box in the Pottery Barn Kids catalog: 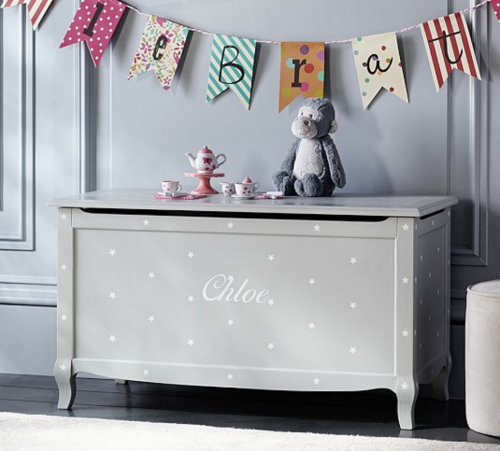 I was like- Boom!  I had already been thinking in my head little hearts and her name or maybe monogram but then the stars really appealed to me as something a little different.

So this project was really simple to do.

I started with our plain white box: 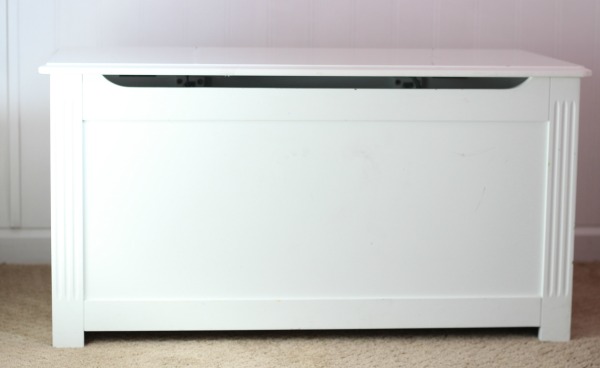 Next I painted it a soft pink color. 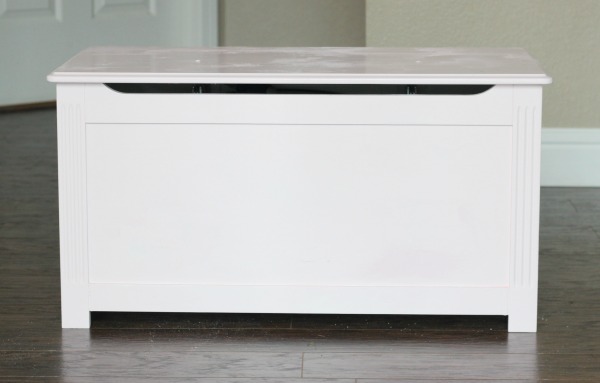 It is hard to see in this photo but I picked a soft cotton candy pink color that turned out really pretty.  I actually only needed a sample of paint but I choose a semi gloss and I wish I had used a roller instead of a paint brush.  The paint was so thick you can see some of the brush strokes on the top.  But overall it looks great just something to note for next time.

After that I popped out my Silhouette Cameo and cut her name and then tons of little stars in a Matte, white vinyl.

If you don’t have a Silhouette, this project could still be quite simple.  There are tons of sellers on Etsy that offer custom monograms in any size or color for just a few dollars.

To get the stars, I would just purchase a star hole punch in the size you want and using the same matte vinyl just punch out a bunch of stars.  You should be able to get the same look pretty easily (links below on the supplies you might need.) 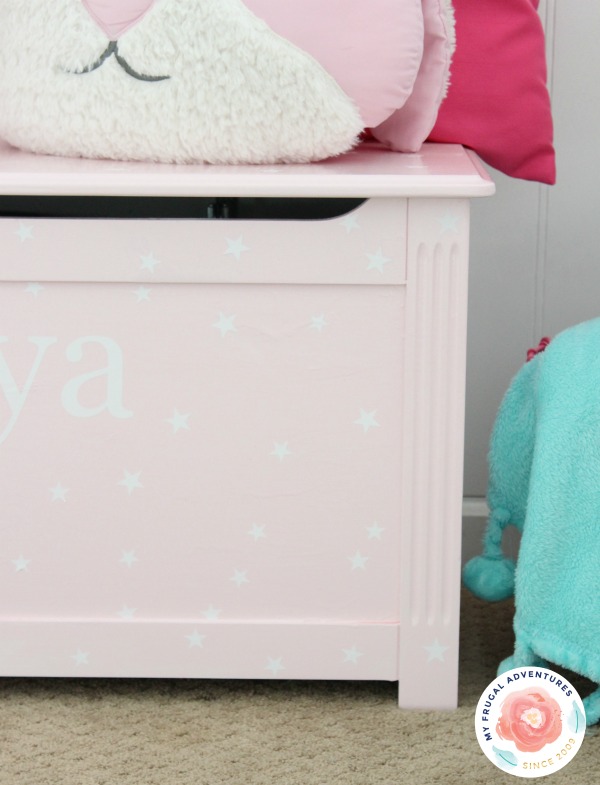 Pottery Barn was very methodical about placing the stars on their toybox but I just went ahead and randomly placed mine around.  Also when I was cutting my stars, they were three slightly different sizes.

So easy and so inexpensive to make this update and I think it really made a world of difference. 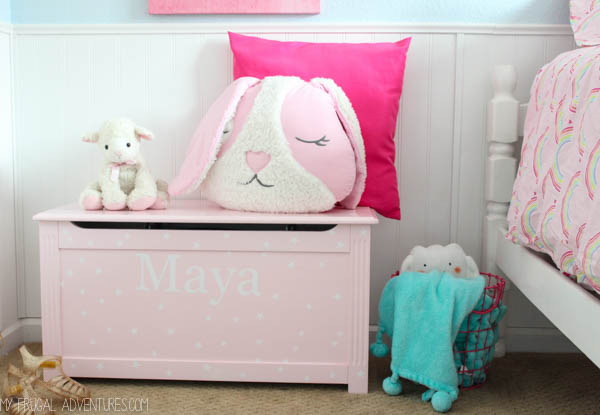 And here are some things you might need for this project: 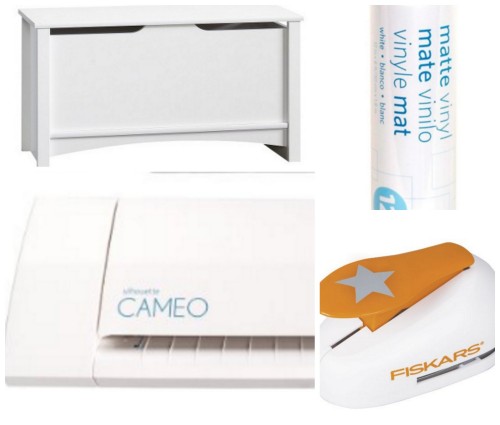 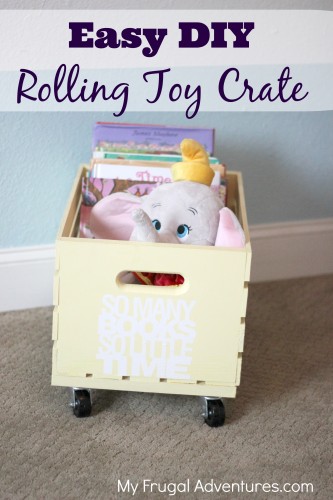 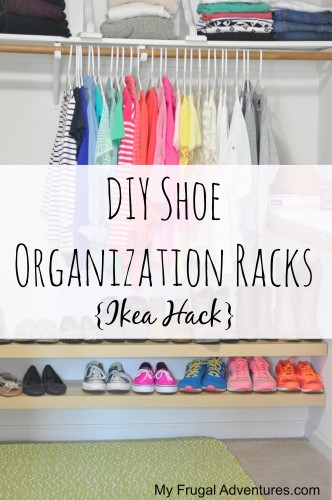