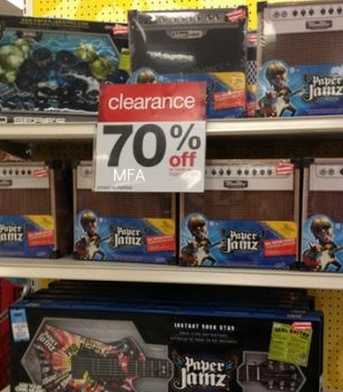 Just a quick update on the Target toy clearance.

I just happened to need a birthday party gift and I stopped off at Target.  The majority of toys were still at 30% and the employees were just changing over some signs to say 50% off.

Now again clearance varies from store to store but it looks like Target is finally marking things down.

One of the big highlights to me was the Little Tikes items- like the plastic picnic tables- were marked down 30% off.  I’d snatch up that stuff if you have little ones because I doubt it will last long.

If you still need sunscreen this year, have a quick look over in the sunscreen aisles.  If you spot any bonus packs of Coppertone sunscreen, you might want to scan them.  Some stores have these marked down 70% but they might not be marked on sale. 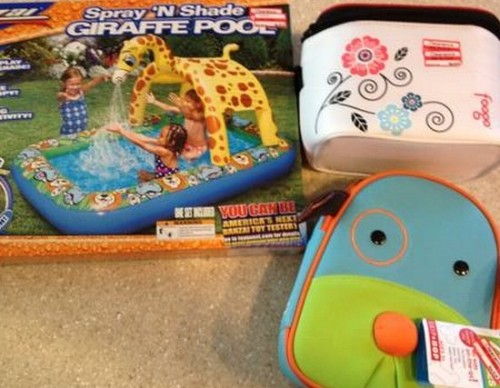 There were a few random things at my Target that were great buys.

All 3 of those items were 70% off and sort of tossed in with the toy clearance.  So I may have just been lucky with my store but it doesn’t hurt to keep an eye out at your store.

I don’t need that Foogo bag but those little Thermos things inside the bag are an incredible deal and now I can use them to pack mac and cheese and other warm items for the girl’s lunches.

You can see the Target clearance schedule here.  Most stores do mark toys down on Wednesdays.

I’d love to hear what everyone else is finding out there.  Usually the toy clearance is a big deal for me because I load up on Christmas and Birthday gifts but this year I am very underwhelmed.